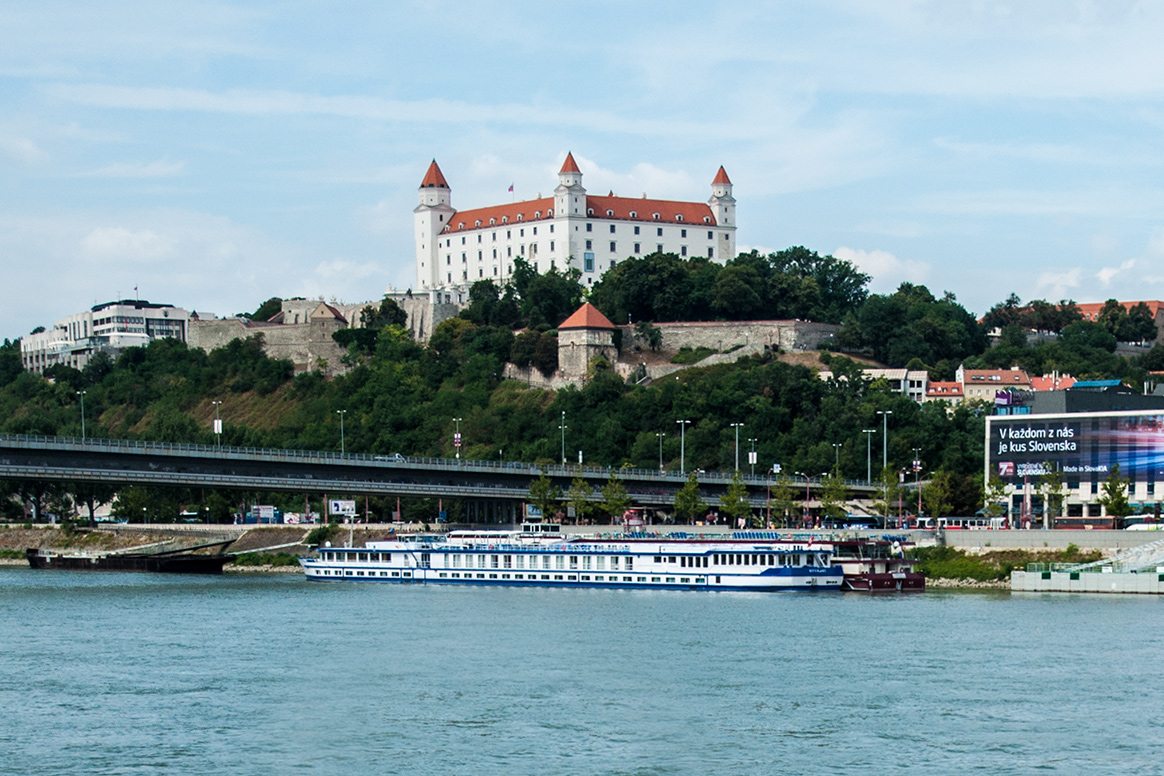 Although Slovakia is a small country and many are not even able to find it on the map, we have a lot of beautiful natural and cultural monuments. The most beautiful Slovak castles and chateaus are one of our treasures. 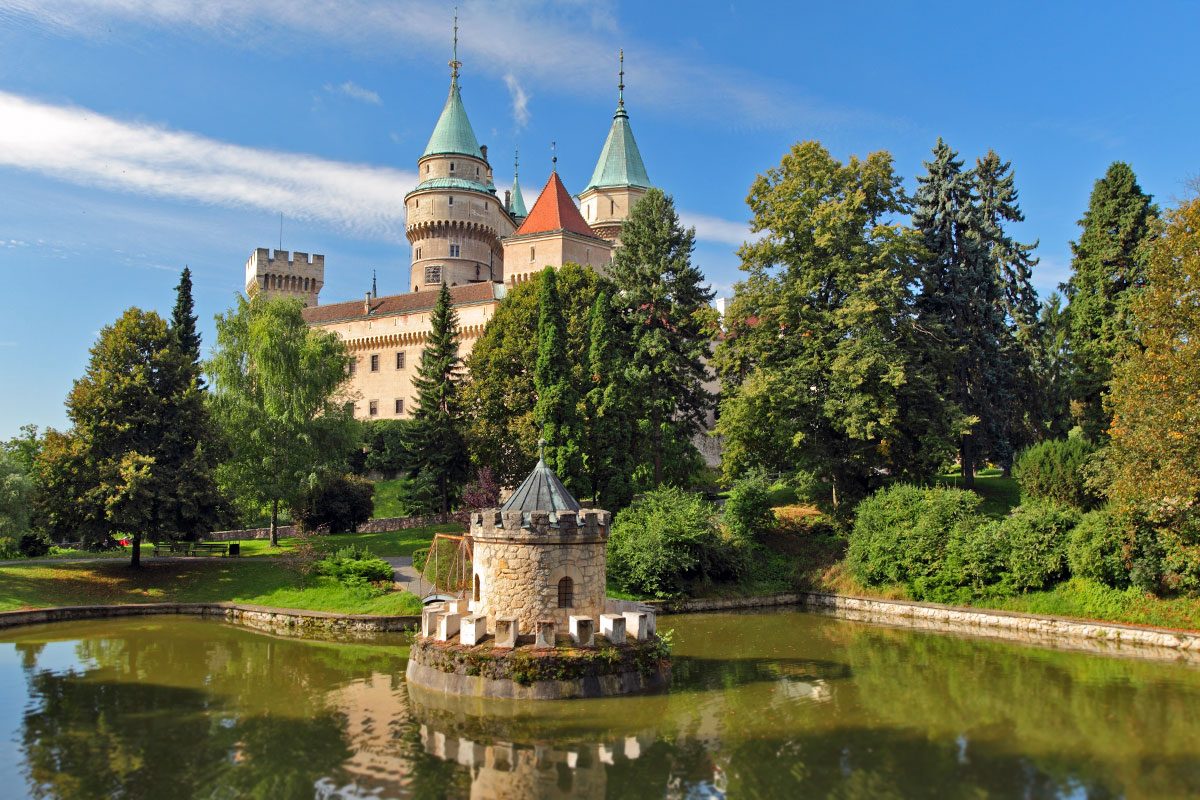 The Bojnice Castle overlooking the City of Bojnice is like from a fairytale. The main reason is Count Ján Pálfi’s reconstruction of a wooden castle into a romantic chateau. It is the ideal destination for a trip with kids thanks to the rich program (festival of ghosts and poltergeists) and the vicinity of the Bojnice Zoo. 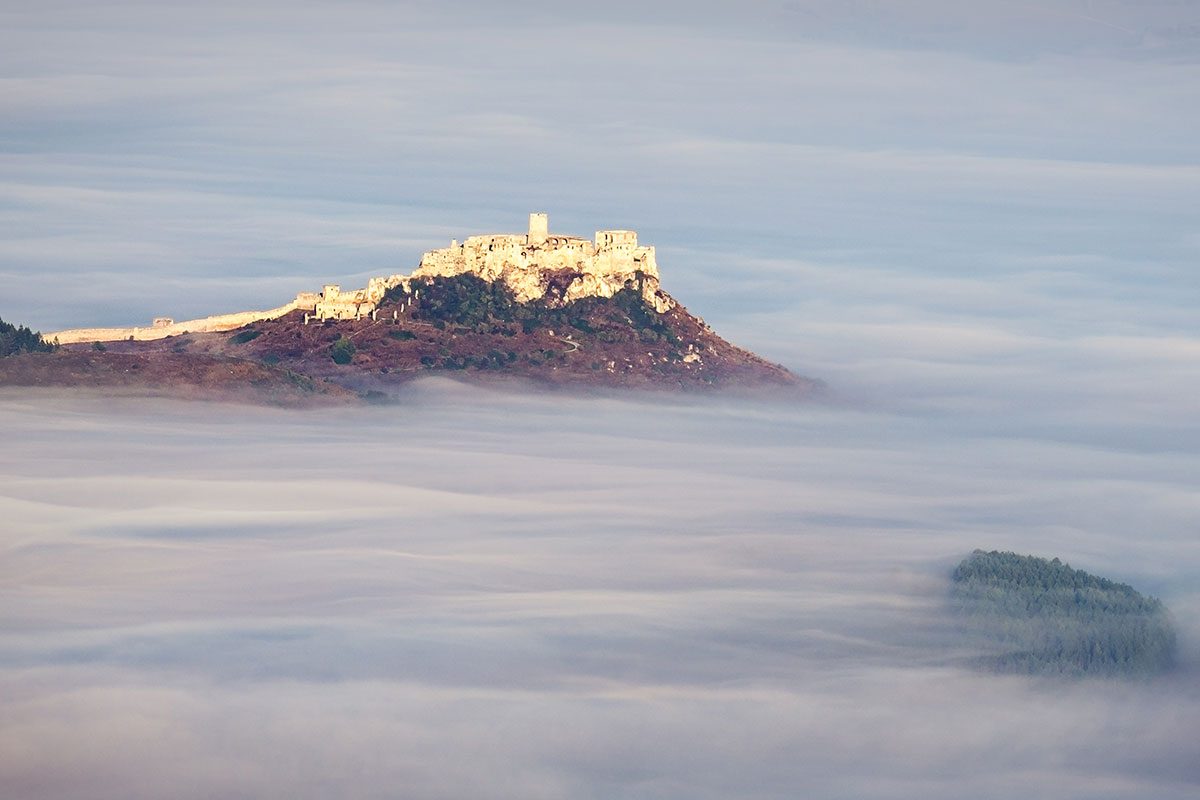 With an area of more than 4 ha, the Spiš castle is one of the largest ruins of castle complexes in the Central Europe and since 1993 the Spiš castle along with the surrounding cultural monuments is listed in the UNESCO World Heritage.

The first records about the castle are from the beginning of the 12th century. The fortress became the residence of the Spiš district administrator for a couple of centuries and later it fulfilled the role of a representative aristocratic residence. Towards the end of the 18th century the castle was destroyed by fire and it became a ruin. 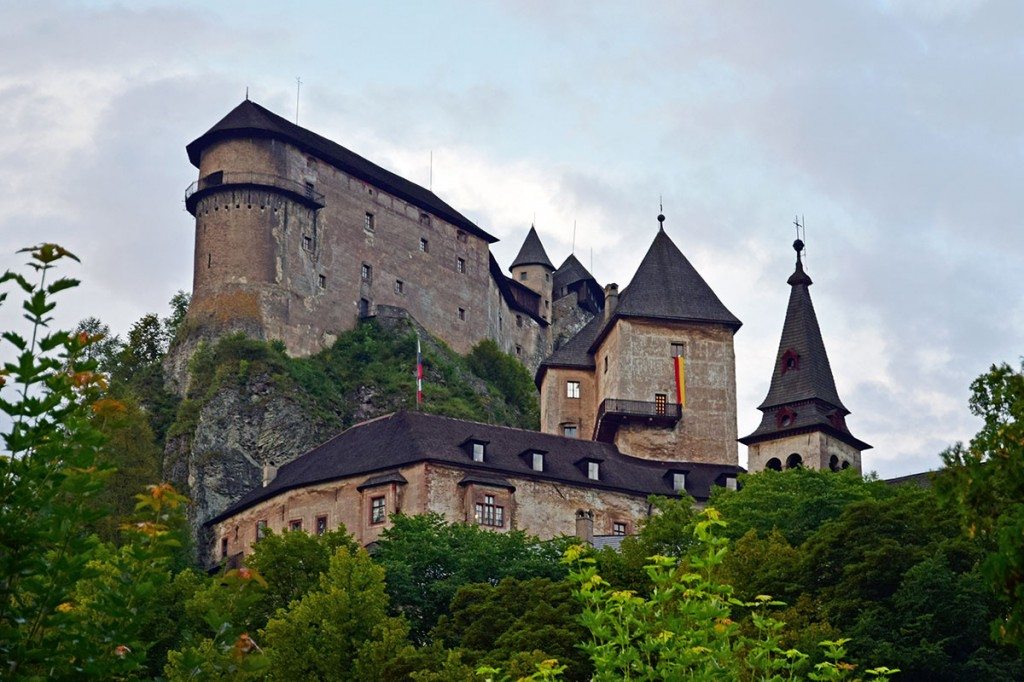 The Orava castle is definitely the photogenic jewel of Northern Slovakia residing on a rock above the Orava River in Oravský Podzámok. The rock castle was originally build in the Romanian and Gothic style, but later it underwent a Renaissance and neo-Gothic reconstruction and it got its present appearance in 1611. Like several other Slovak castles and chateaus, it was stricken by an extensive fire in 1800, which destroyed it completely. The reconstructions began only after the Second World War and today it is possible to view the beautiful complex of the lower, middle and upper castle with towers and fortifications interconnected with tunnels and gates. 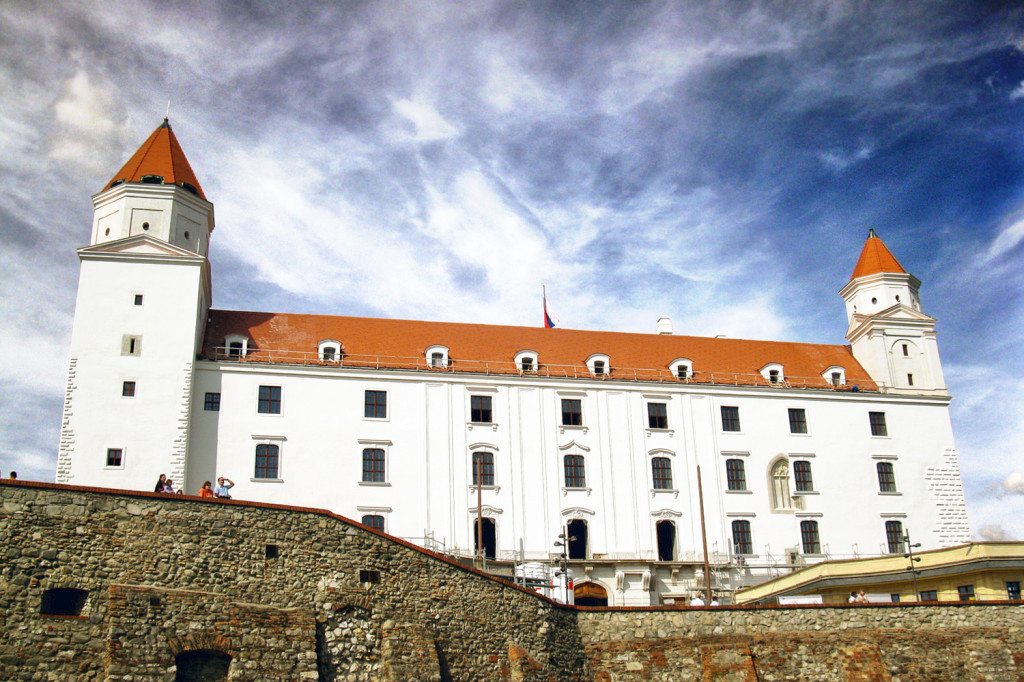 The first records about a castle on a cliff over the Danube are from 907. Throughout the centuries there were several reconstructions, from the pre-Roman rock palace in the 11th – 12th century, through a Gothic castle in the first half of the 15th century, to the reconstruction of Maria Theresa in the 18th century. At this time the crown jewels were located in Bratislava, which proves the importance of the Bratislava castle for the Hungarian Empire. The Bratislava castle experienced its biggest fire in 1811, which turned the castle palace into ruins for 150 years.

When visiting the reconstructed castle you can take a tour of the museum of the park with the foundations of the Great Moravia Basilica and a beautiful view of Bratislava. 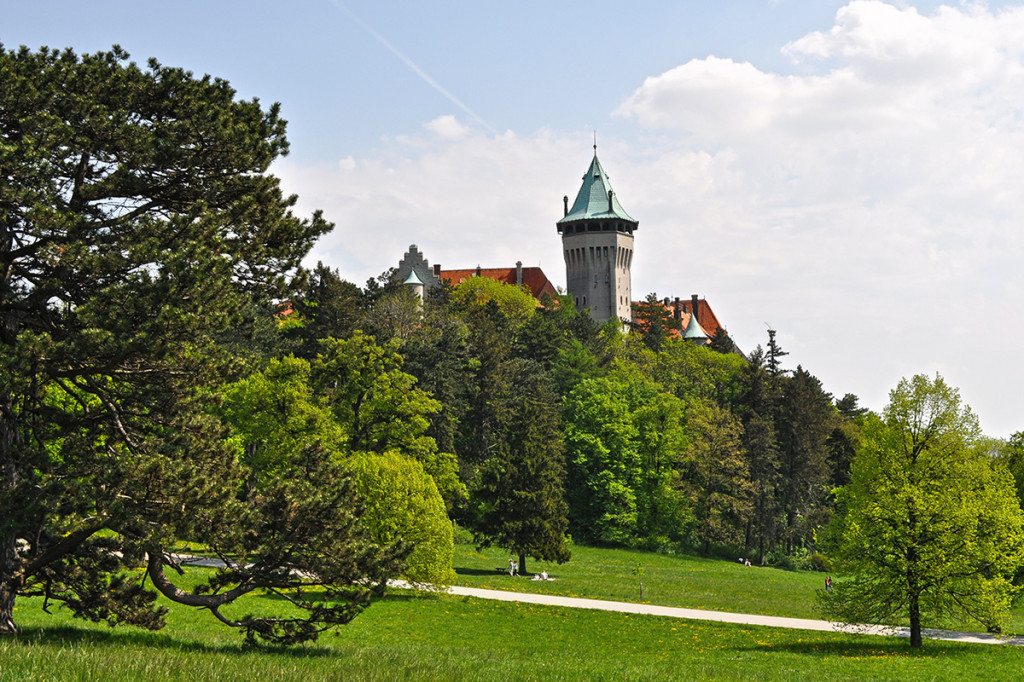 The Smolenice castle was built in the 15th century as a castle, which was later abandoned and it completely burned down during the Napoleonic wars, leaving it in ruins. Joseph Pálffy is responsible for its reconstruction into its current form. If you want to see the Smolenice castle also from the inside, it is open to the public only during the summer holidays (July, August). The Smolenice castle serves the rest of the year to the Slovak Science Academy for conferences. 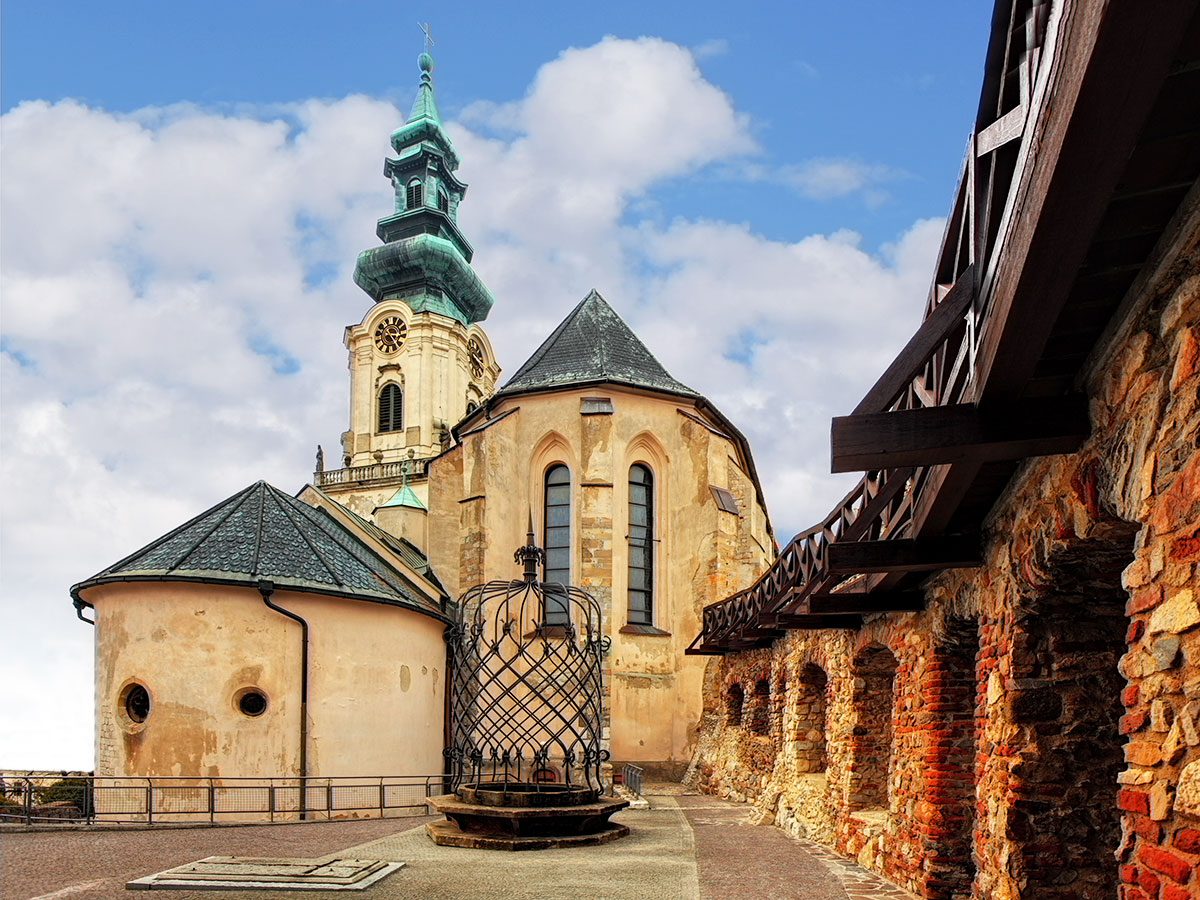 The Nitra castle has protected the oldest Slovak town for centuries. The seat of princes and rules of Great Moravia was built in the 11th century and it consists of several buildings. The Cathedral of St. Emmeram, the Gothic Bishop’s Palace, the external fortifications from the Roman and Gothic period or the legendary Vazil Tower are definitely worth a visit. 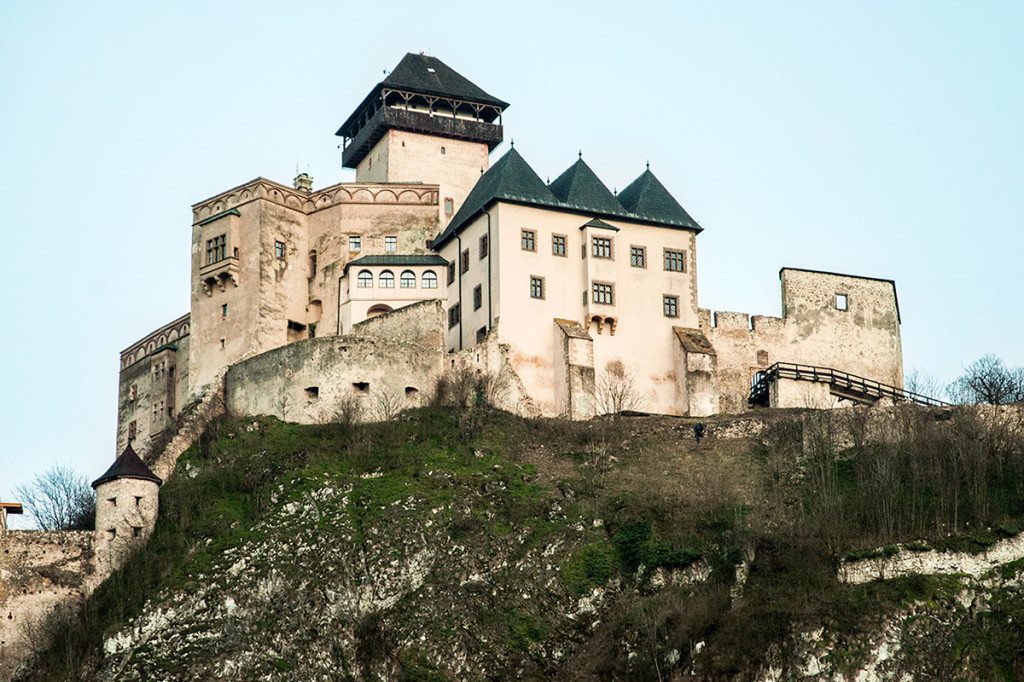 The majority of us see the beautiful Trenčín castle several times during the year from the highway, but the Castle of Máté Csák of Trenčín deserves a tour. An important fortress over the fords of Váh is also laced with an interesting legend about the well of love. It is the story of Omar, who was digging a well into hard rock for his love for Fatima. Like other Slovak castles and chateaus, summer is the ideal time to visit the Trenčín castle. Castle festivities are take place during this time. 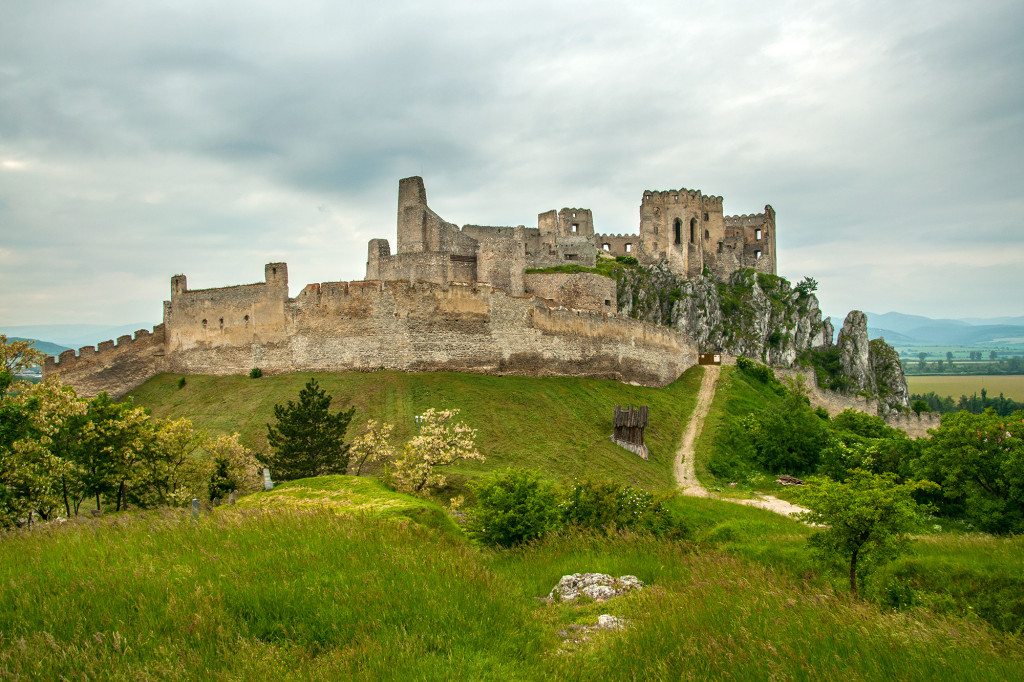 Unfortunately, the fire of 1729 turned Beckov into a ruin on a 70-meter high cliff. Partial reconstruction took place during recent years and also for this reason, the castle is definitely worth a visit. And if you have even a little imagination, you can image how majestic Beckov must have been in the past. 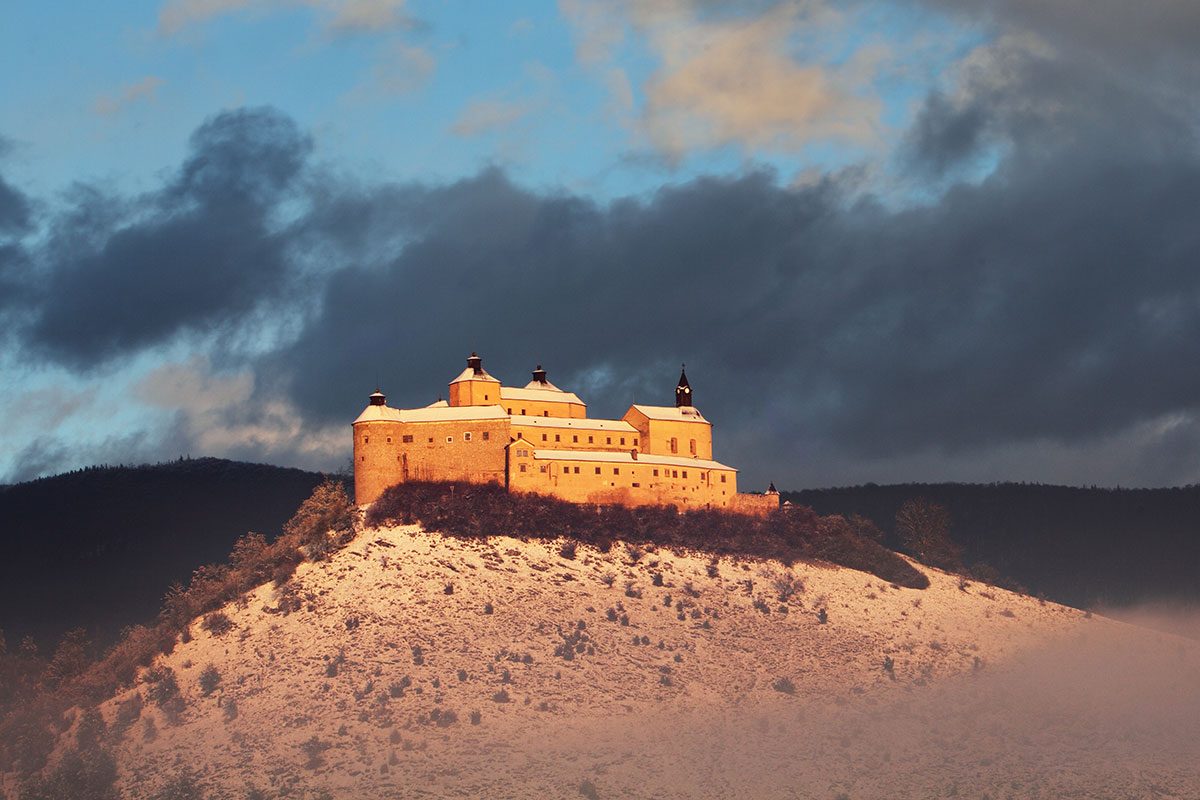 The natural cultural heritage overlooking the Krásnohorské Podhradie town became infamous for the fire that destroyed all roofs and the interior of the Gothic palace in 2012. 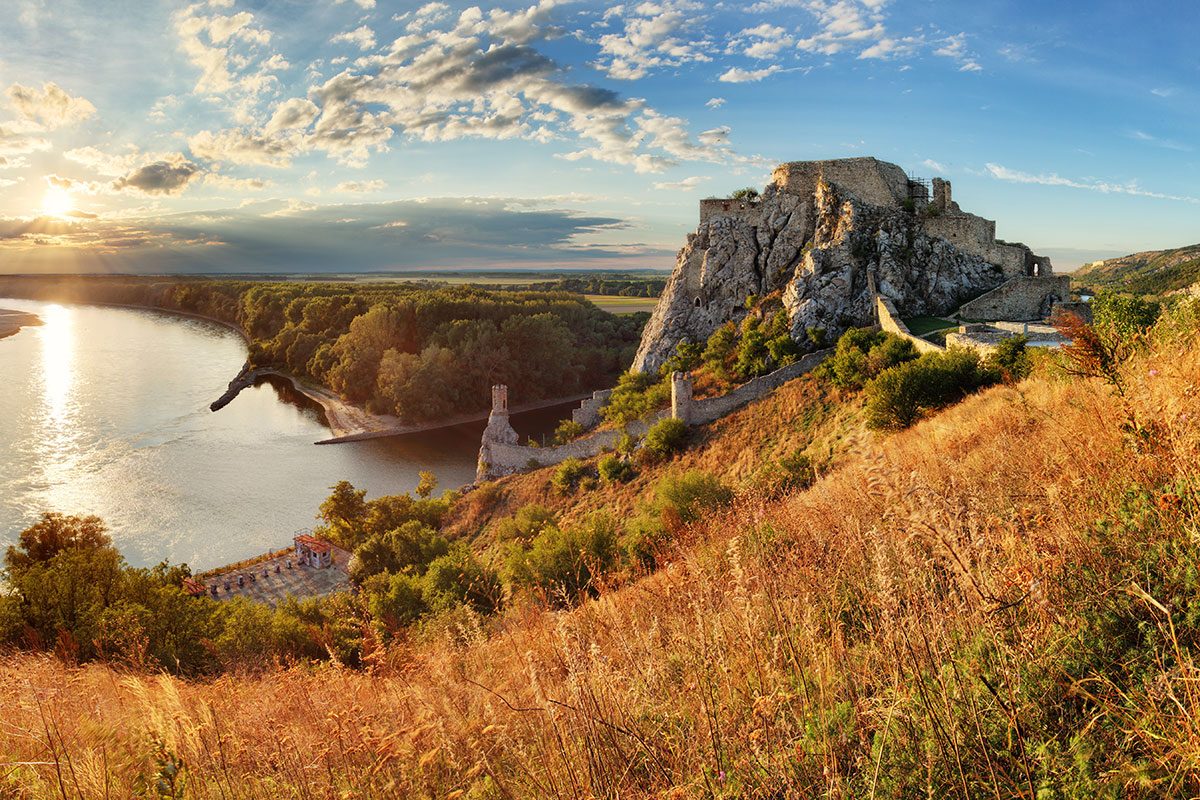 The Devín castle rises on a massive rock cliff at the confluence of Morava and Danube in Bratislava. In the ruins it is possible to find the place where a Great Moravia castle stood in the 9th century as well as the middle and upper part of the medieval castle. The most beautiful view of the Danube and Austria is from the 55 meter deep well. 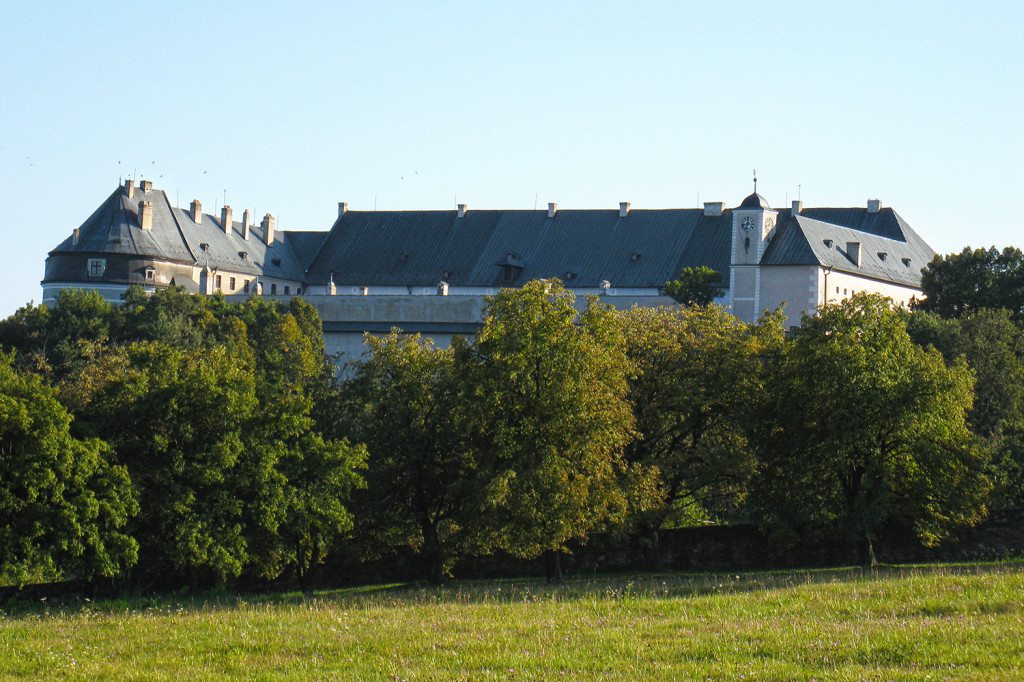 One of the most beautiful castles in Little Carpathians is undoubtedly Červený Kameň. It is popular not only for its short distance from Bratislava, but also for its well-preserved condition. The Fuggers reconstructed the original castle from the 13th century in the 16th century into a perfect fortress. It was later owned by the Pálffys, who gradually reconstructed it into a representative seat. Today, the beautiful interior and a museum, a fencing festival or falconers can be seen here.

Where Can You Find the Most Beautiful Slovak Castles and Chateaus? 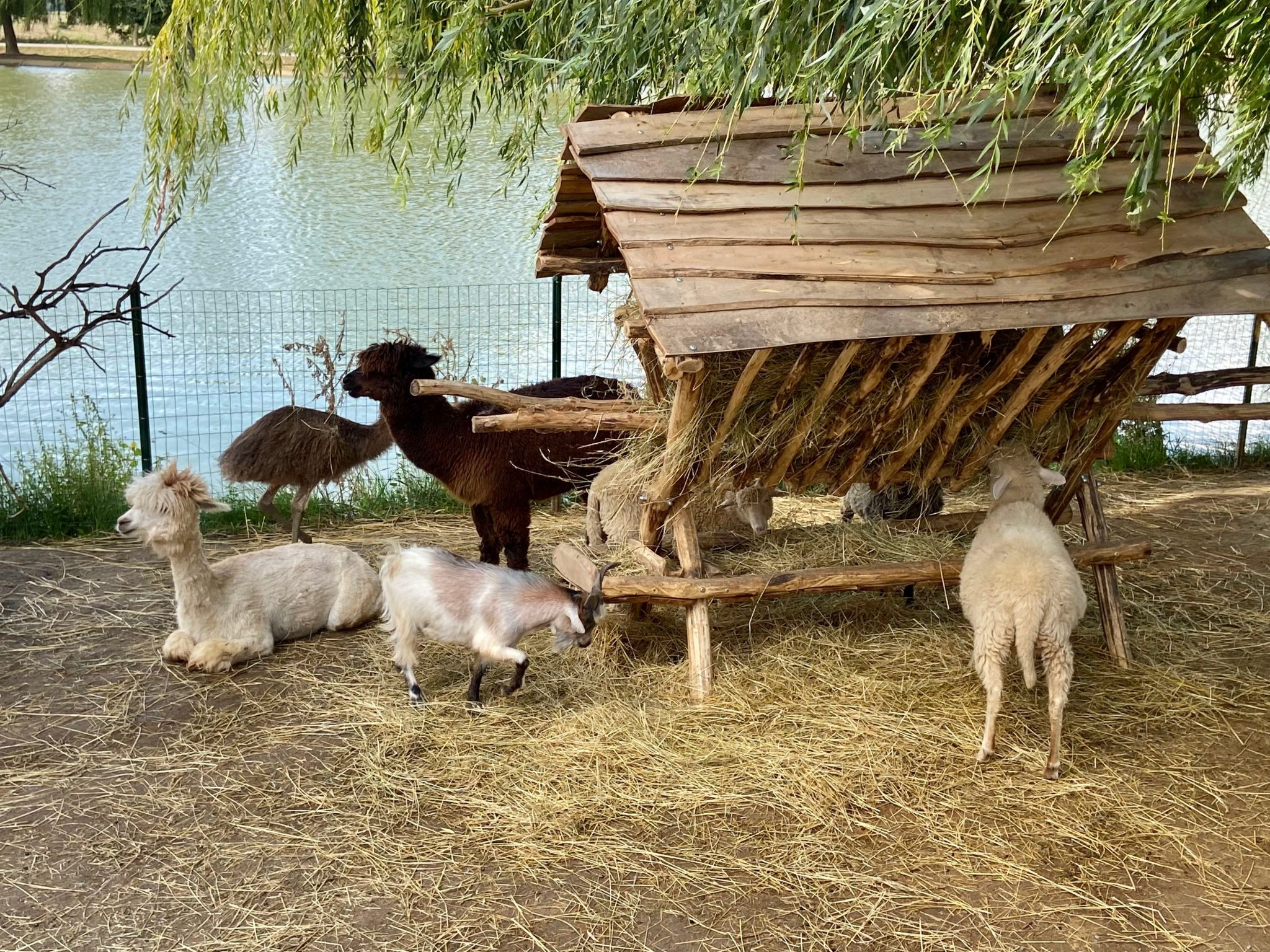 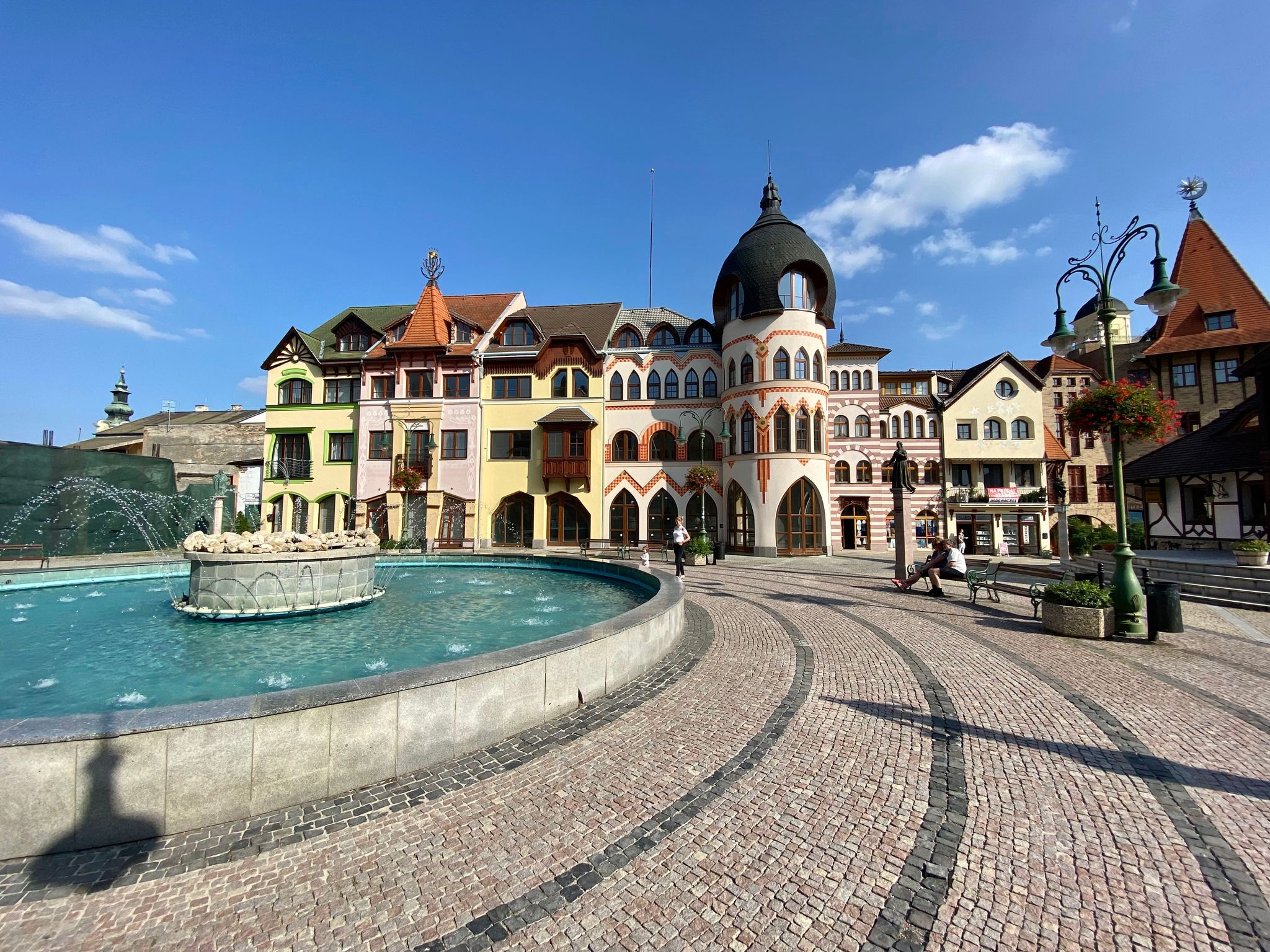 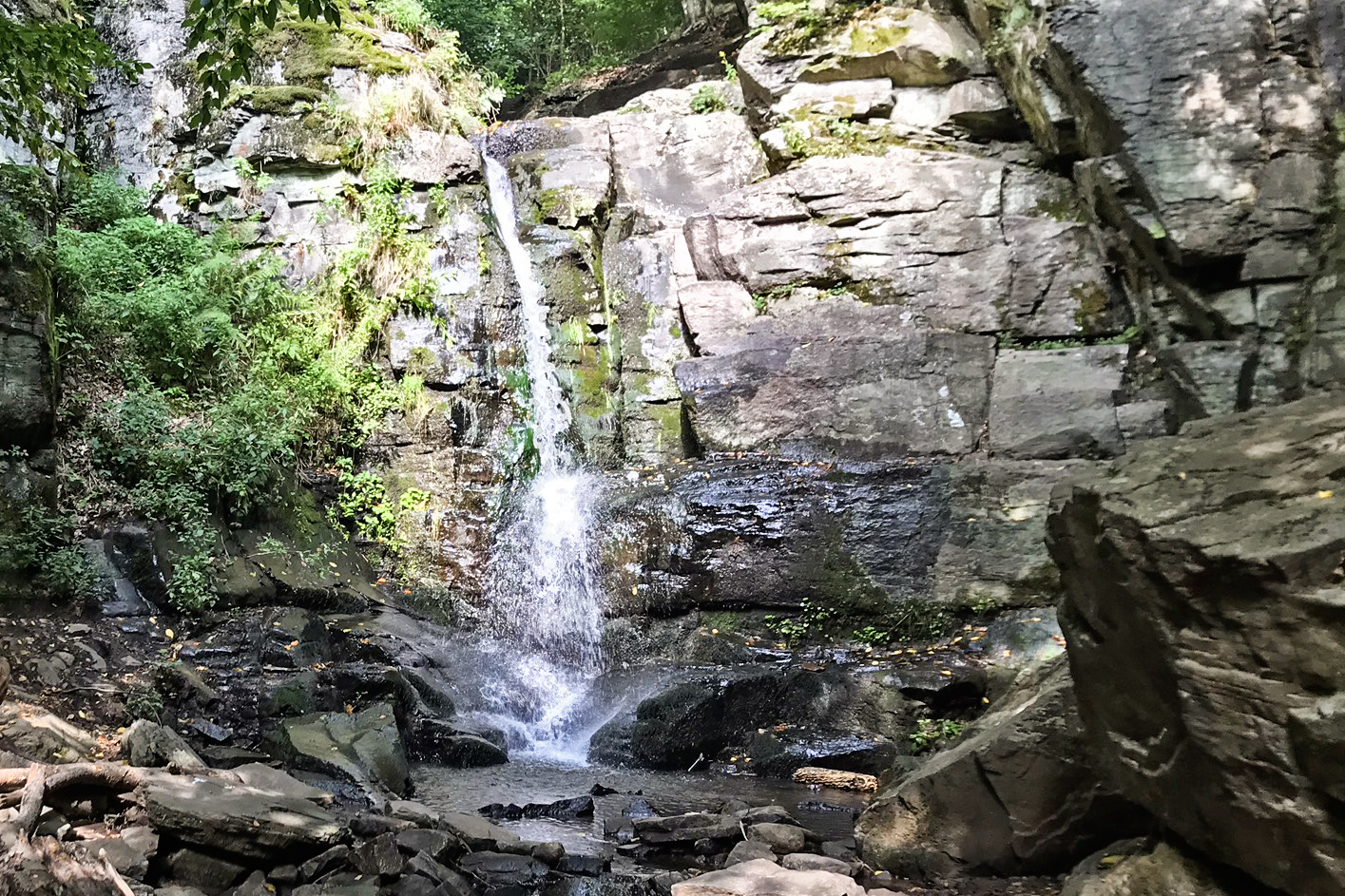 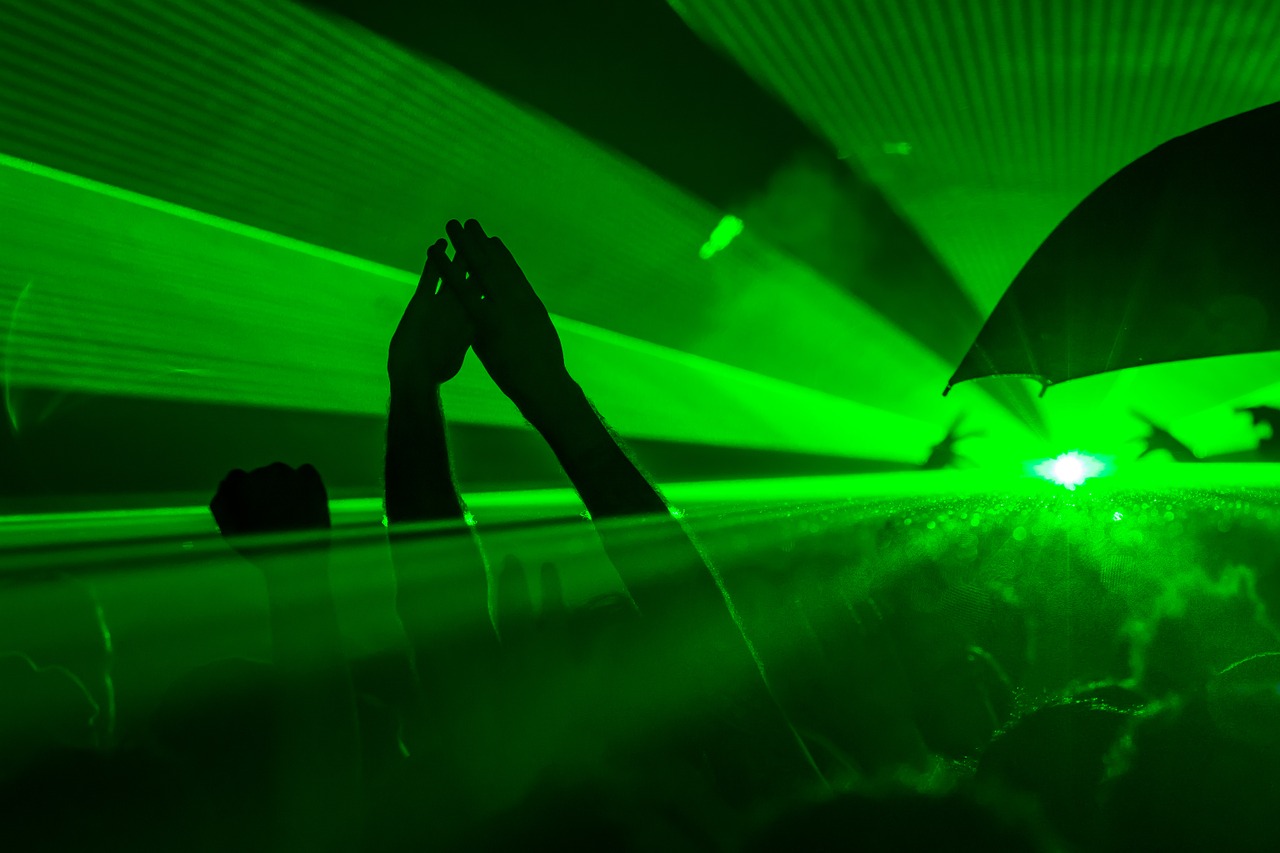 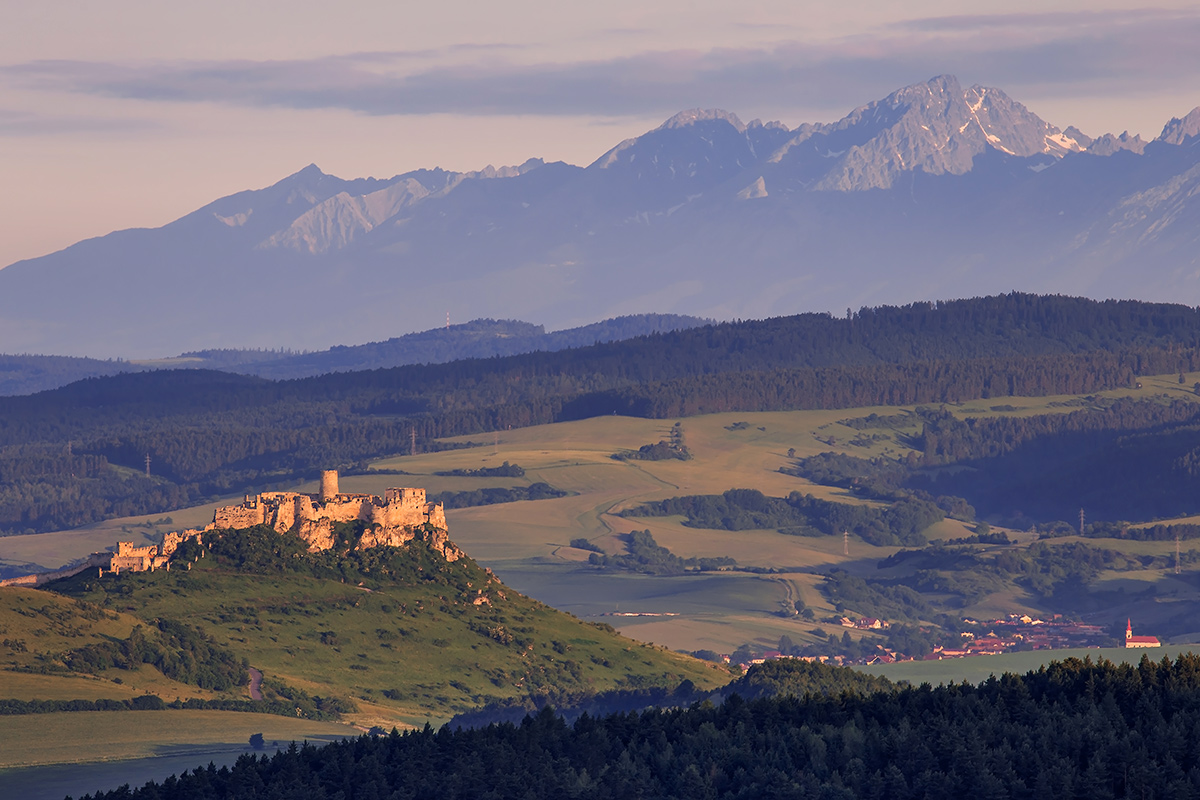