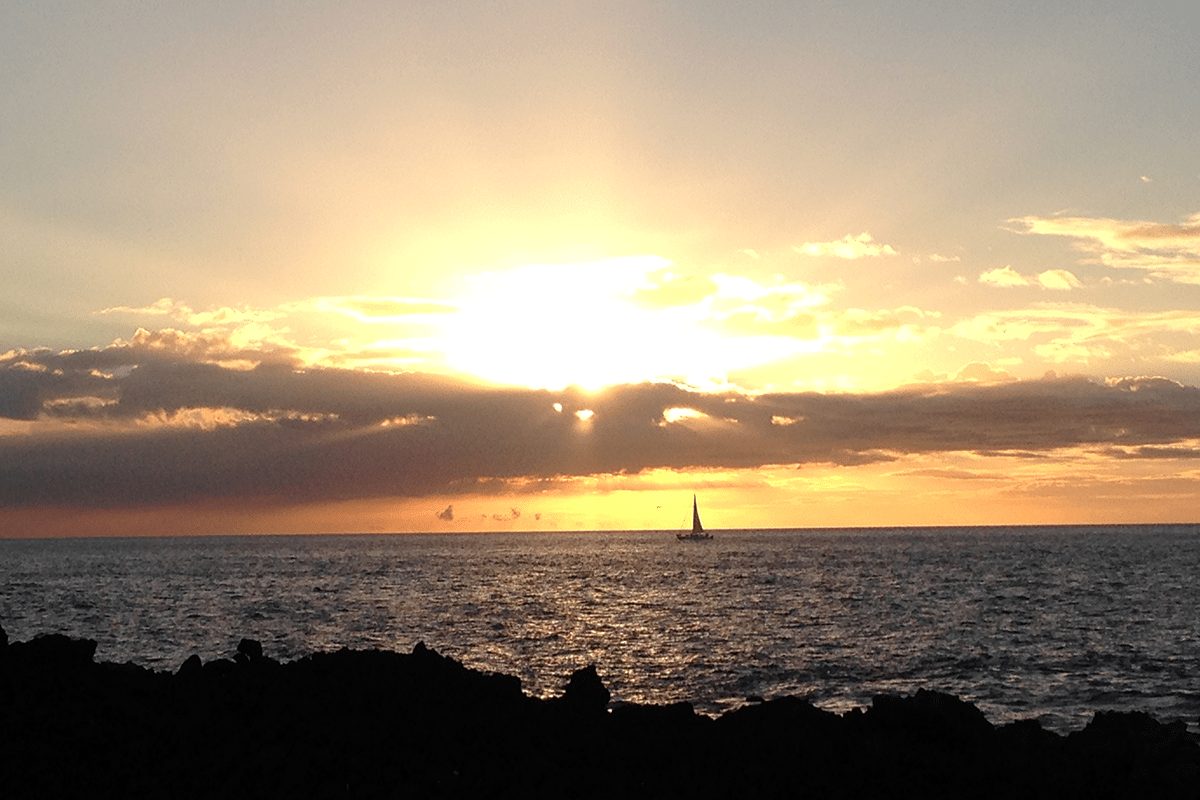 Hawaii, islands full of natural beauty on land and in the ocean, delicious fruit and coffee, friendly people and interesting cultural heritage

Hawaii, one of the 50 states of the United States of America offers unique natural beauty that is difficult to find anywhere else. Hawaii is known for beautiful beaches, active volcanoes, and myriad of different species of animals and beautiful flowers. The fruit is heavenly, the coffee one of the best in the world, the climate very mild and pleasant and the relative lack of pesky bugs make this tropical location a true paradise. Temperatures are generally very warm throughout the year, though you should note that most of Hawaii has two seasons, the dry (May to October) and the wet season (October to April).  The warmest temperature ever recorded was 100 °F (38 °C) (making it tied with Alaska as the lowest high temperature recorded in a U.S. state) and Hawaii’s all-time record low temperature is 12 °F (−11 °C) observed on the summit of Mauna Kea, making Hawaii the only state US to have never recorded sub-zero Fahrenheit temperatures.

Hawaii is made up of hundreds of islands created by volcanic activity spread over 1,500 miles (2400 km), though majority of its approximately 1.4 million inhabitants live on the islands of Niʻihau, Kauaʻi, Oʻahu, Molokaʻi, Lānaʻi, Kahoʻolawe, Maui and the island of Hawaiʻi (often called „The Big Island“ to avoid confusing the name of the island with the name of the state as a whole). While each of these islands have their own capital city, the capital city of the state of Hawaii is Honolulu and is located on O’ahu.  There are about 900,000 people living in Honolulu’s metropolitan area, making it the most densely populated area of Hawaii. This is where you will find the modern conveniences, including high rise buildings, top notch restaurants and night life while still having access to some of the most beautiful beaches and tropical forests. If you are looking for a more relaxed atmosphere, there are many other areas of Hawaii; that offer a more idyllic environment, whether spent in a beautiful and luxurious resort or a more low-key bungalow close to the beach.

Things of interest to do and see in Hawaii:

Beaches – Hawaii’s coastline is approximately 750 miles (1,210 km) long, which lends itself to many gorgeous beaches. However note, that many of these coastal miles do not offer easy access to the ocean because of its volcanic origin, as many of these beaches are still composed of very sharp lava rock formations that are not easy to walk on.

Waikiki Beach on O’ahu is the most popular beach and is accessible to all who live in Honolulu. While this white-sand beach is easy to get to, there are other beaches that might be more unique or better choices if you are looking for a more specific activity.

Punalu’u Beach on The Big Island offers unique beauty of luscious green vegetation in stark contrast with its jet-black sand. Green sea turtles lay their eggs on this beach, which is one of the only places where these endangered species do so. 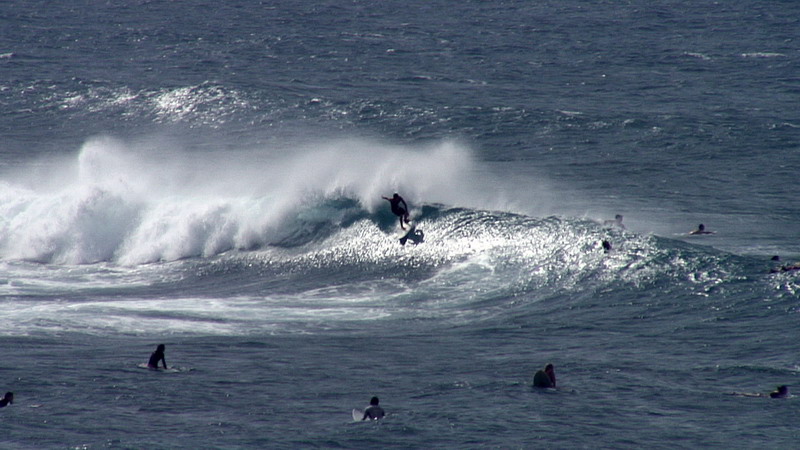 Ho’okipa Beach on the island of Maui is regarded as the mecca for ocean sports attracting windsurfers from all around the world.

is Hawaii’s tallest mountain and is located on the Big Island. It is 13,796 ft (4,205 m) tall. Mauna Kea is taller than Mount Everest if you consider its true height from its base that is located on the ocean floor, making it about 33,500 ft or 10,200 meters tall. Every once in a while, it snows on the top of this mountain and locals attempt to enjoy winter sports during this rare event, however one of the locals did admit that it is nowhere close to the snow that falls in true northern climates. Additionally, there is a road that you can take up the mountain and the sunset viewed from the top is supposed to be something truly spectacular, though note that most of this road is very steep and not paved so make sure that your vehicle can handle it.

Hawaii has two national parks, Haleakala National Park on Maui and Hawaii Volcanoes National Park on the Big Island. If you want to see an active volcano – Kīlauea is currently active and one can see some lava, though usually only from the air (and to be honest, don’t expect to see flowing lava, but what you rather see is something that looks more like a forest fire as the edges of the slow moving lava burn whatever is in its way, including some towns). If you go to the park by land, you will be able to get up close and personal to the lava rocks and see lava tubes and perhaps even some smoke coming from the top of Kīlauea, however on a normal day, you will not be able to see any lava flowing as you would expect based on the promotional materials you see everywhere you turn.

I would strongly recommend getting a helicopter tour if you are interested in seeing many of the beautiful waterfalls that are often impossible to get to by foot as well as some of the active volcanic activity.  Additionally, if you take a tour on The Big Island, it will likely fly into the Waipi’o Valley, where some of the Jurassic Park scenes were filmed.

If you are more interested in marine life, you can go swimming with dolphins in the wild (my friend got to do this adventure and said it was truly amazing and in January you may also have the luck of swimming with baby dolphins; as this is the time they are born). Some people I know have also gone swimming with Manta Rays at night, available in Kona, Big Island, Hawaii. This adventure is sure unique, considering they will be coming at you with their open mouths, and can measure up to 7 meters and weigh up to 1,350 kilograms (the ones you are likely to see on your excursion are considerably smaller). Though do not be alarmed, they consume zooplankton as they swim and are no threat to you even if you were to get inside of their mouth they would not be able to swallow you as their throats are actually very small. They are white with dark spots that create unique patterns, something like a fingerprint that makes each of them different. Unfortunately, these beautiful creatures are driven close to extinction as their gill rakers (the cartilaginous structures protecting the gills) are ruthlessly harvested for use in traditional Chinese medicine, killing thousands a year and reducing their population drastically over the past few years.

The waters surrounding Hawaii are also a great place for snorkeling and diving, offering great views for anyone from novices to experienced enthusiasts. Lastly, Hawaii is known for great whale watching that occurs during the times that the humpback whales come to the shallow warm waters that surround the islands of Hawaii to bread, calve and nurse their young. They make a 3000-mile journey from Alaska to Hawaii in less than two months and then stay for about five months (December through May). Hawaiians treat the whales with great respect, as they believe that they are family guardians and references to whales appear in many of their legends. Boat tours are likely the best way to get close to these whales, however you might be able to spot them from the shore right from your resort room. I had the amazing luck to see them spouting (their spouts can be 10 – 20 feet, up to 7 meters tall) from my hotel room and one even flapped its flipper at me. These gentle giants can measure up to 52 feet (almost 16 meters) and weigh up to 45 tons making it possible to see them from a great distance especially when they breach out of the water.

Hawaiian cuisine is a fusion of many different foods, which is a testament to the many different cultures and races that have moved to this area over the years. Some of the biggest influencers are American, Chinese, Filipino, Japanese, Korean, Polynesian, and Portuguese.

Hawaiian music is as varied as their cuisine from traditional Hawaiian tunes to modern rock. If you are interested in getting to know Hawaiian culture, history, music, dances and cuisine all in one evening, I would strongly recommend making it a goal to visit a traditional Luau. It is a party like you have never experienced before. The food should feature a kalua pig (special underground roasting method is used), poke (salad, could be vegetable or seafood salad), lomi salmon (fresh tomato and raw salted salmon), haupia (coconut milk desert), various different types of potatoes and beer. I have to admit that the pork was some of the best pork I have ever eaten and I did enjoy haupia, but was a little more reserved with some of the other dishes. The entertainment portion of the evening will take you on a historical journey told through beautiful hula dances and native songs that will transport you into different times. You will likely also see some Polynesian fire dancing, which is nothing short of spectacular.

Even though there are many different airline companies offering flights to Hawaii, Hawaiian Airlines may be the best choice. From the moment you board the plane, you see beautiful Hawaiian Nationals dressed in traditional prints on their shirts, women sporting beautiful flowers you can only find in this paradise. Hawaiian Airlines is also the only American airline company that provides complimentary hot meals and also offers a complimentary glass of wine with your dinner. The meals feature traditional Hawaiian deserts such as chocolate covered macadamia nuts that are to die for and their selection of fruit juices carries the sweetness of Hawaii in every sip. I have never tasted better fruit juices than those in Hawaii, starting with my favorite pineapple and guava juices I drank on the flight and a fresh mango juice I drank at the hotel. The only criticism I would have of the airline, is that the entertainment is basically for purchase only, so one cannot watch any free videos other than a video about Hawaii (which is very informative). One nice feature of the plane I took for a direct flight between New York’s JFK and Honolulu was a USB port in every seat which came in handy for powering up my cell phone and others were able to use it to power their various tablets and e-readers. This feature certainly made it easier to get through the 11-hour flight. 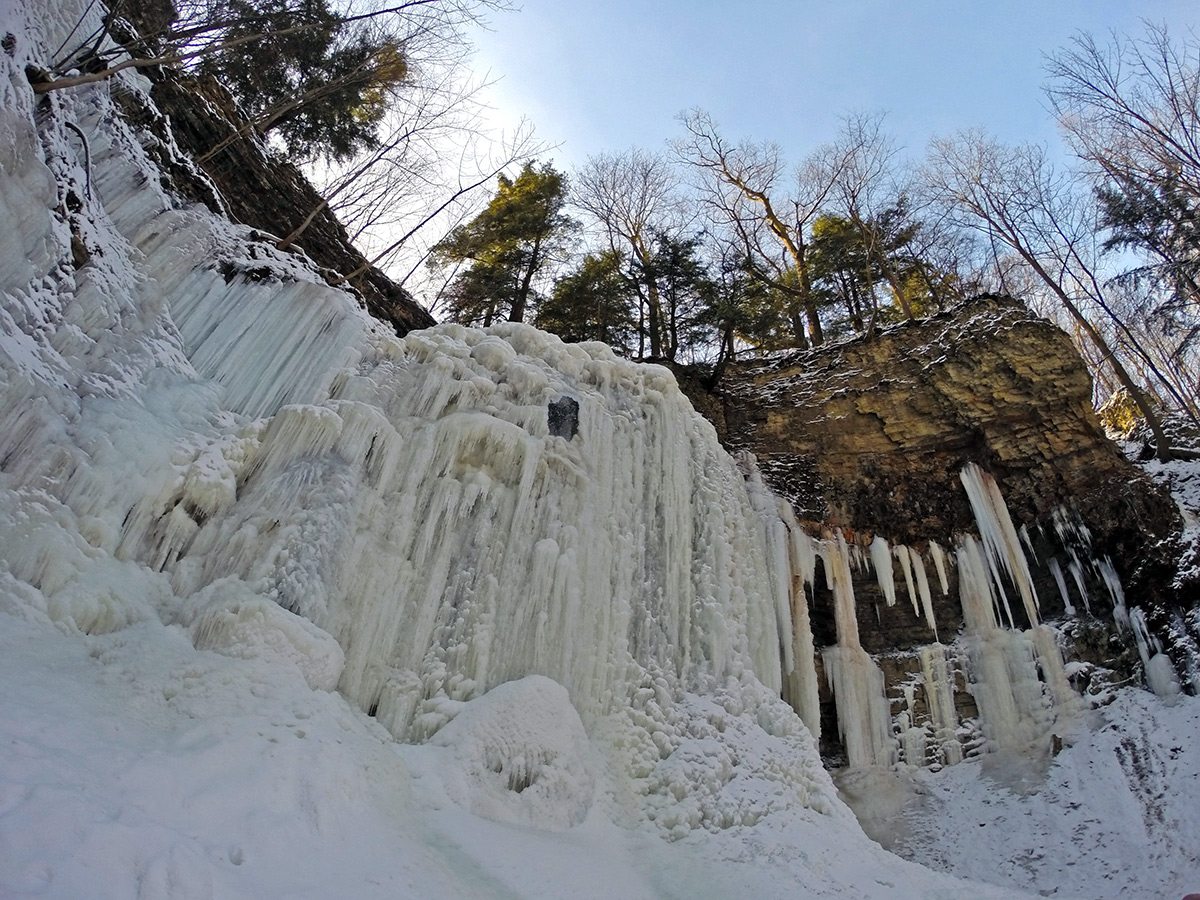 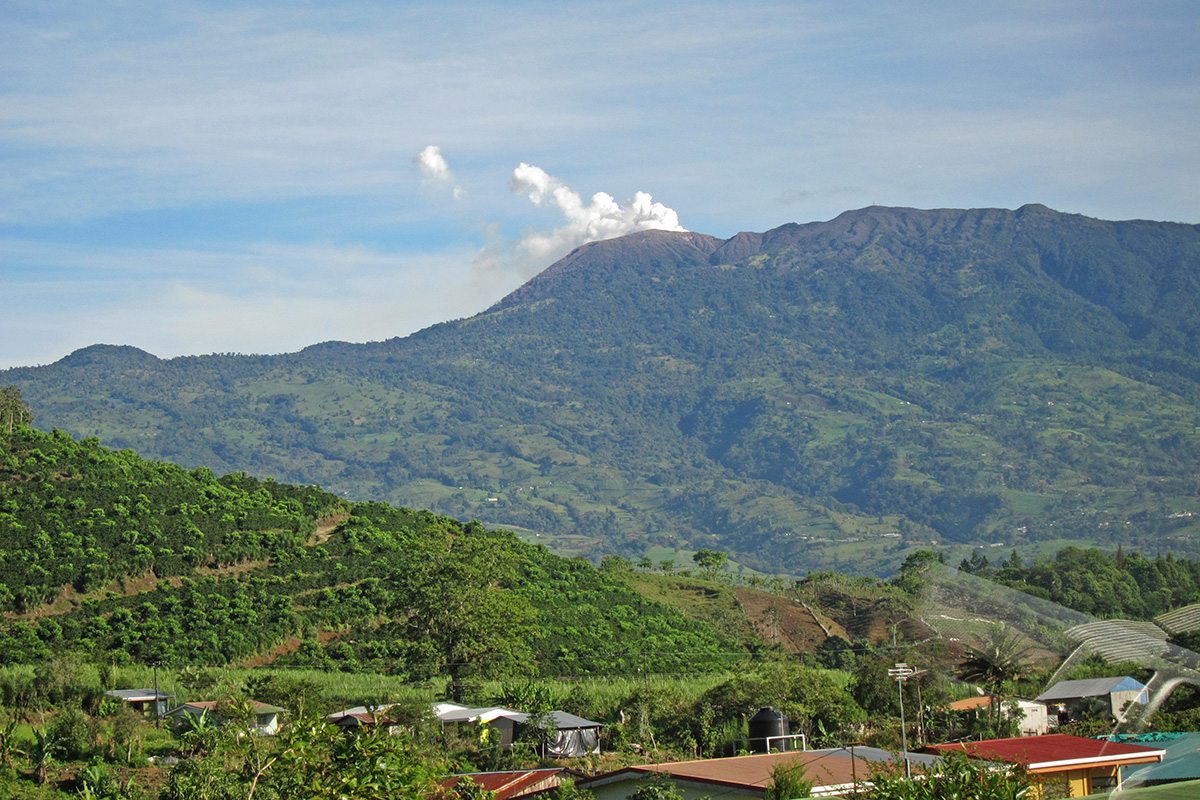 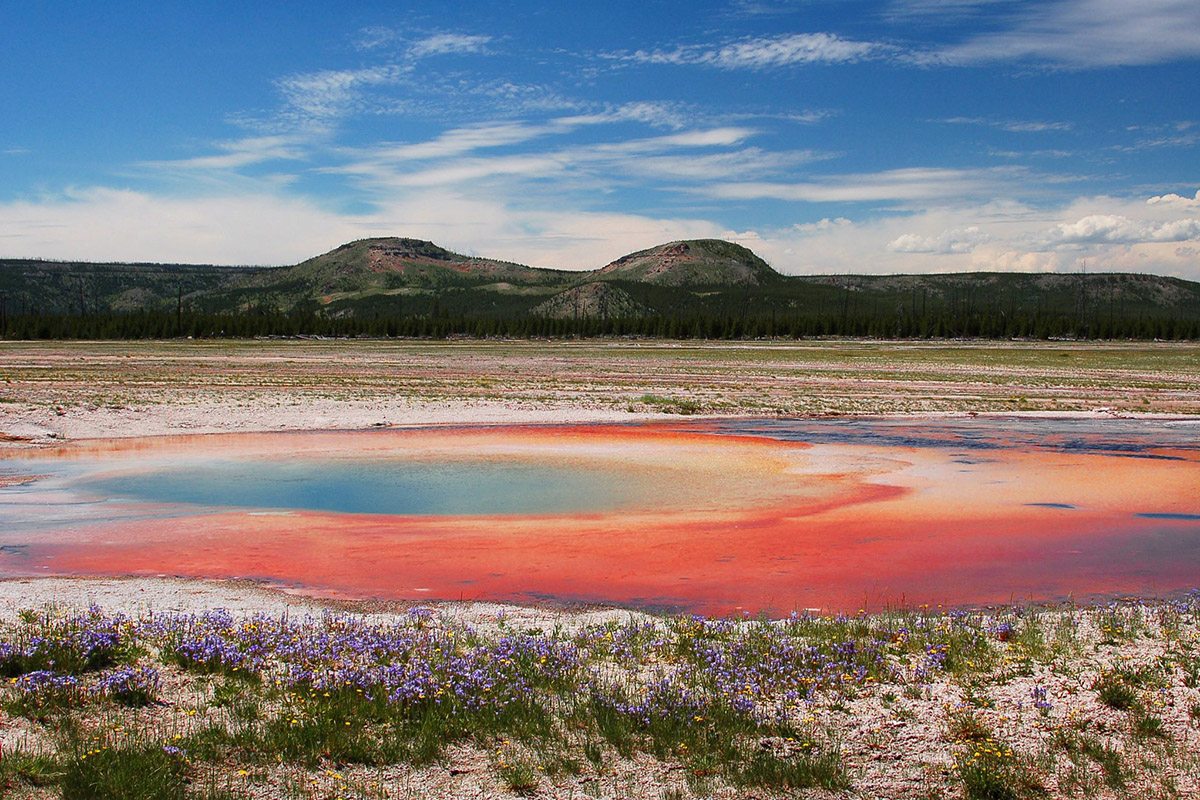 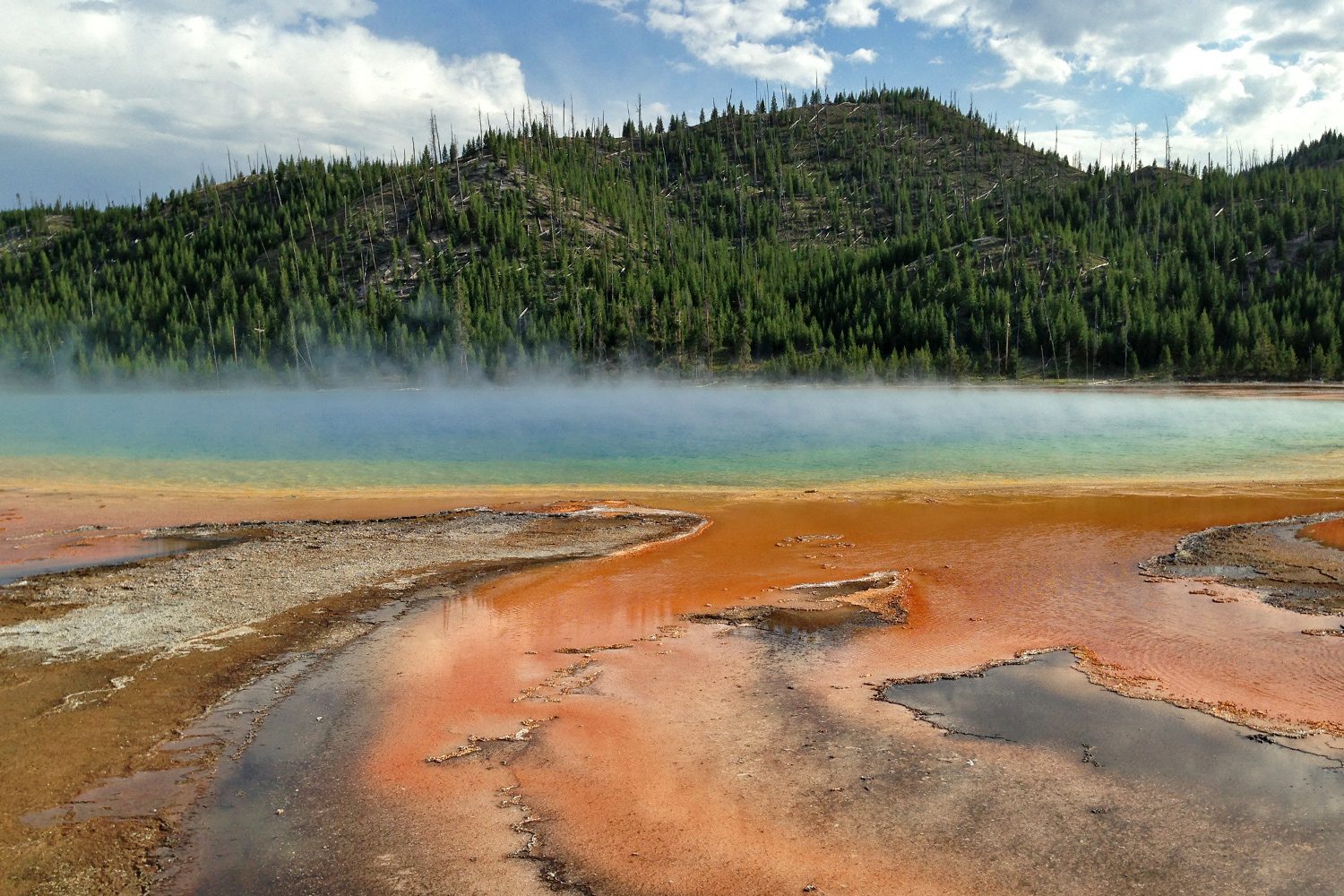 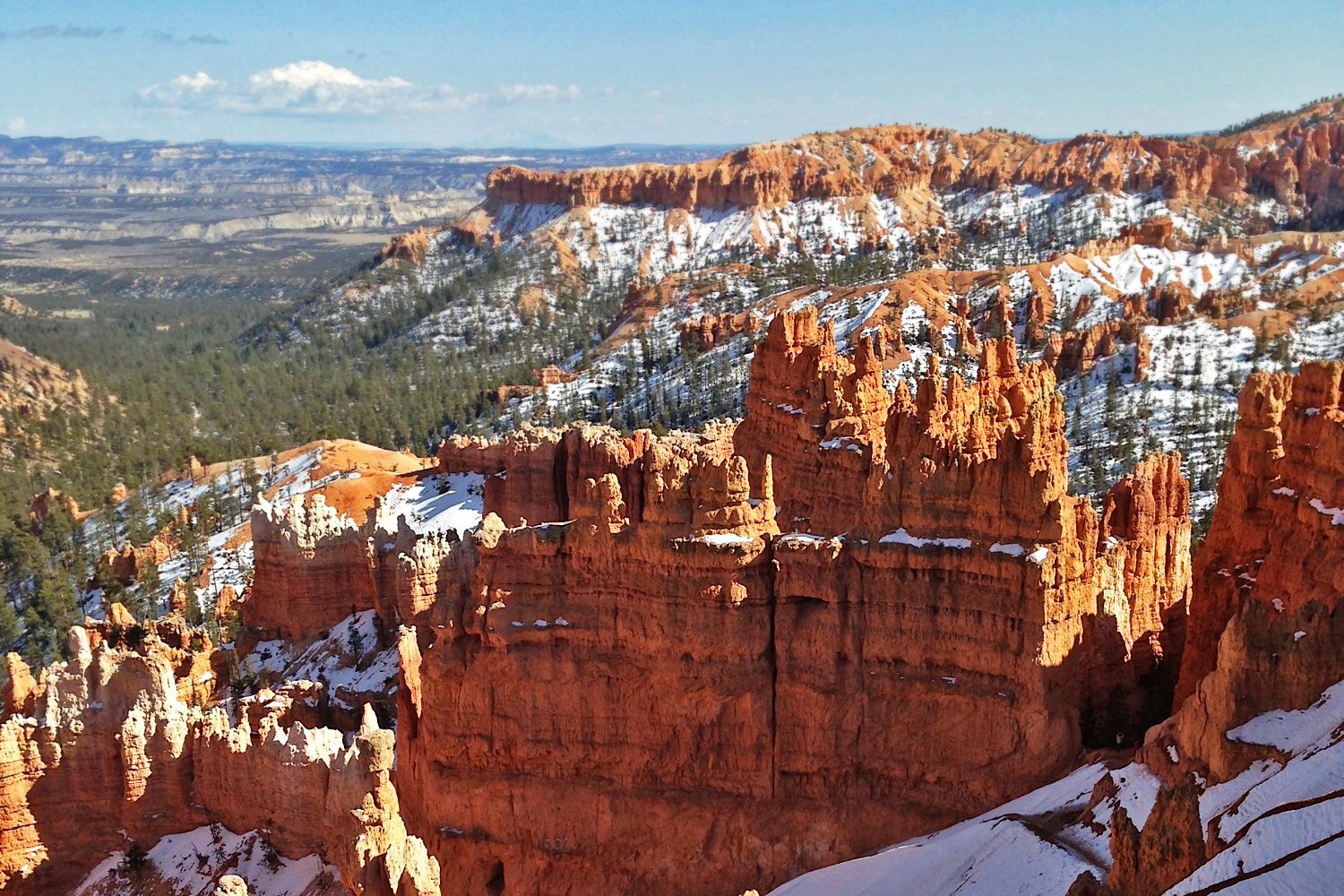